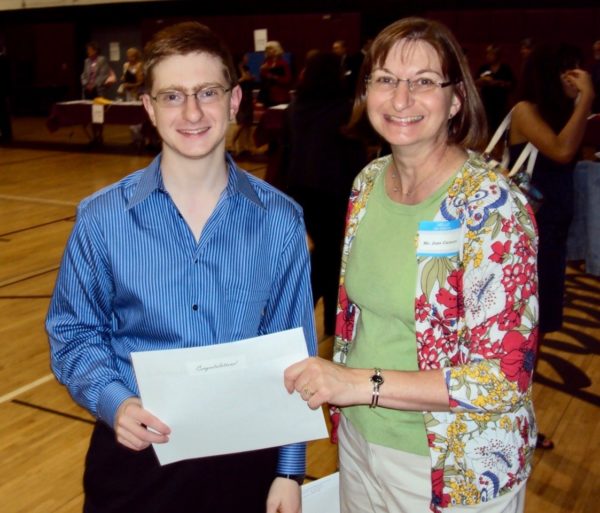 In an era freckled with ironies, this one stands out like a big red blotch. In a Politico/Morning Consult poll published Oct. 9, half of America’s registered voters supported President Donald Trump’s impeachment and removal from office. After three years and what many consider several impeachable offenses, the last straw was Trump bullying the president of Ukraine into finding dirt on Joe Biden and his son Hunter to help Trump’s 2020 re-election—or Trump would withhold missiles Congress already allocated for Ukraine’s defense against Russian advances.

The big red blotch? Trump’s wife Melania Trump’s stated mission as First Lady is her anti-cyber bullying #BeBest campaign. Yet she has continually ignored her husband’s bullying, including his mocking 16-year-old climate activist Greta Thunberg on Twitter. The Trump family’s Orwellian hypocrisy and profound lack of empathy has given permission to followers to imitate their heroes, resulting in proud, ugly national divisiveness and an uptick in hate crimes and bullying.

America in 2019 is in the throes of both a constitutional and moral crisis – one that particularly threatens the lives of vulnerable LGBTQ teens targeted by the hate effect of Trump and his minions. Nine years ago, on Sept. 21, 2010, out columnist Dan Savage created the “It Gets Better” campaign in a massive community response to an epidemic of six suicides by teens bullied for being or being perceived as LGBT. One month later, President Barack Obama posted a video lending his support.

“We’ve got to dispel this myth that bullying is just a normal rite of passage; that it’s just some inevitable part of growing up. It’s not. We have an obligation to ensure that our schools are safe for all of our kids. And for every young person out there you need to know that if you’re in trouble, there are caring adults who can help,” Obama said on Oct. 21, 2010.

“With Nigel’s situation he was already struggling with his identity, so he was going through some stressful times. And depression is real. A lot of people don’t understand that depression is a disease. And when you have a kid who is already depressed and going through a lot emotionally, for you to call him names that you shouldn’t call him or say stuff to them, it sometimes has a worse effect than it would on a child who is not struggling with depression,” Nigel’s mother Camika Shelby told Huntsville station WAFF48 the day she buried her son.

Jane Clementi agrees. Her son Tyler Clementi, an 18-year-old student at Rutgers University, died by suicide on Sept. 22, 2010, after being cyber-bullied. Jane established a foundation to honor Tyler and created the anti-bullying #Upstander pledge whereby signers agree to refrain from using bullying words and actions and stand up at any time and to anyone who is bullying another.

Clementi, who is based in New Jersey, flew to Los Angeles to ask an anti-bullying question at the Oct. 10 HRC/CNN forum.

“I think it’s all important for them to understand that, even though there are so many major issues in this world, bullying is a significant problem, I believe a crisis epidemic right now, and it is a life-and-death matter for many families, including my own,” Clementi told the Los Angeles Blade. “That’s why it’s so important, to have these conversations and to ask them what they plan to do about the bullying crisis. Bullying situations are a mental health situation.”

Neither Donald nor Melania Trump have responded to her outreach, though the top presidential Democratic candidates have signed her pledge.

“Our youth are looking to what our leaders are doing, and we need to change that,” she said. “It’s hard to reach out to Mr. Trump, because he ignores us. We did reach out to him to sign our Upstander Pledge, as well. He did not respond at all.”

The Tyler Clementi Foundation seeks to “teach people to be in the spaces with the same character that we are in person,” Clementi said. “My philosophy or mission is to empower the bystanders, whoever and wherever they are, to call out the behavior, because we can’t be the social media police or the internet police everywhere.

“I definitely think we are in a turning point,” she continued. “This is a critical time in our history, and we need to move forward in a positive way of inclusion and celebration of differences and making sure that everyone has the same protection and right as everyone else, just as our Declaration declared. It’s taken us a long time to really get to see that or achieve that.”

Bullying is a mental health crisis all 2020 electoral candidates should address beyond the talking points that pretend to feign concern. What’s the plan to stem the epidemic?